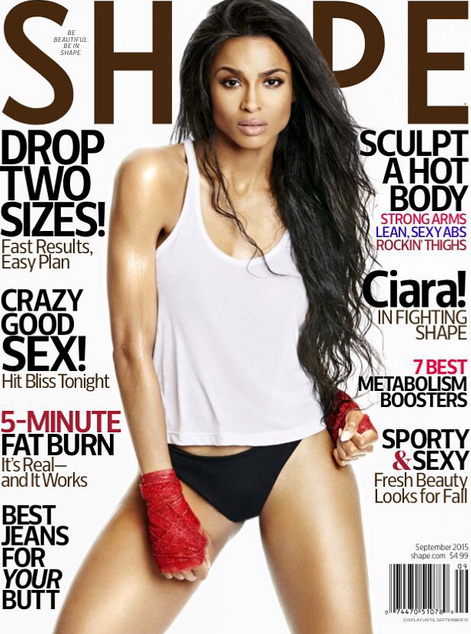 It’s no secret that pop star Ciara has never looked better! She’s got a new body a new man and she wants the whole world to know how she’s achieved success. In the September issue of Shape magazine, the 29-year-old reveals how she dropped a whopping 60 pounds post baby in the midst of releasing her sixth studio album and more. Keep scrolling for some of her interview highlights…

On losing her baby weight: “When I was pregnant with Future, one thing I learned quickly was, don’t ever let a pregnant lady be hungry, because when I was, I was like the Tasmanian Devil! I indulged in all the good food the world has to offer. After he was born—when I couldn’t exercise yet—I kept eating, and I gained 60 pounds. But as soon as the doctor said I could start training again, I was on the treadmill the very next day. Once I got back into it, I worked out two or three times daily. I would go to Gunnar [Peterson] first for my one-hour training session, then I’d have two more cardio sessions later in the day. That, along with a really clean eating plan, was how I lost 60 pounds in four months. It was a very intense program, and I was extremely focused on it.”

On her love for boxing: “Gunnar puts me through an hour-long plyometric cardio circuit that always includes boxing elements. What’s amazing is that you’re getting three-in-one training: It’s hitting your muscles; it’s a cardiovascular workout; and it’s a mental exercise. You have to be superfocused when you’re boxing. After I’ve done a few rounds, I feel as if I can conquer the world.”

Her dieting tricks: “First, I give myself a break. When I’m on a strict eating regimen, at some point I have to have French fries, a cheeseburger, and some pizza. And Oreos and vanilla ice cream! I also believe that drinking tons of water and flushing out your system is crucial for training. It really helped me drop the weight. I tell myself that water is my medicine and that to stay well, I have to drink a gallon of it every day.”

Her hilarious dieting mantra: “‘The food isn’t going anywhere.’ You know those days when you think you have to have a plate of pasta right now? When I’m trying to be good, I take a minute to ask myself, Do you really need to eat all this crazy stuff? It will still be around if you want it later.'”

On achieving success: “I truly believe that if you put your goals in writing, speak them out loud, and work for them, they will happen.”

Go ahead Cici! We see you… 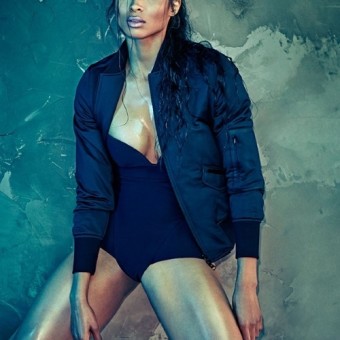 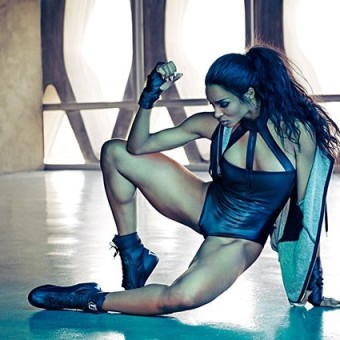 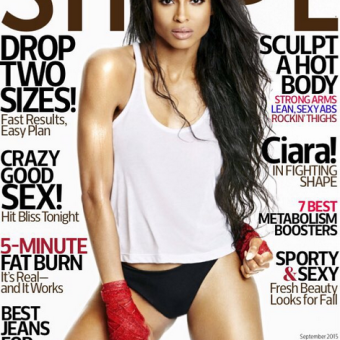