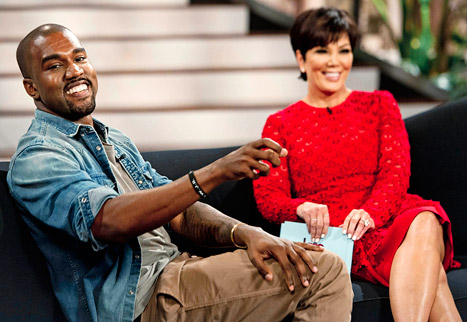 No matter how you feel about rapper/producer Kanye West, his appearance on Kris Jenner’s talk show certainly placed him in a positive light. The new dad seemed to be in good spirits, making jokes with his mother in law while discussing his love for North and Kim, how he gave up his privacy for a reality TV celebrity and  reminiscing on the first time he saw his love, Kim Kardashian. In an intimate hour-long interview, Kanye seemed open to spilling his guts, a refreshing change from the typical “no interviews” Yeezy.

Here are some highlights from the interview

Kanye on being a new dad:

“My only goal as a new dad is protection, to protect my daughter.  That’s my instinct. As a dad, I’m supposed to be this musical genius and I really can’t work the carseat.

” The first time we met was in the studio when she was Brandy’s assistant and she brought us something to drink that you can’t drink on daytime TV. I remember asking my manger ‘who’s that girl?’  I remember seeing pics of her in Australia with Paris Hilton and reading her name and asking my friends “Have you ever seen Kim Kar-Da-Shun’.

Kanye goes on to say that meeting Kim was “love at first sight” and he dreamed of  being with her. It’s so refreshing to see a relaxed, pleasant Kanye. After keeping the world waiting for months, Kanye debuted a photo North on grandmother at the end of the interview. The chubby cheeked beauty was well worth the wait for fans of Kanye and Kim. 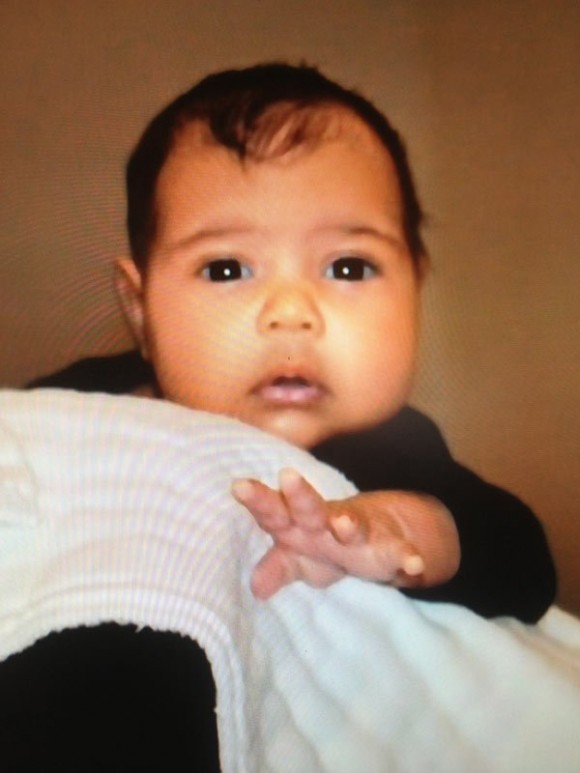