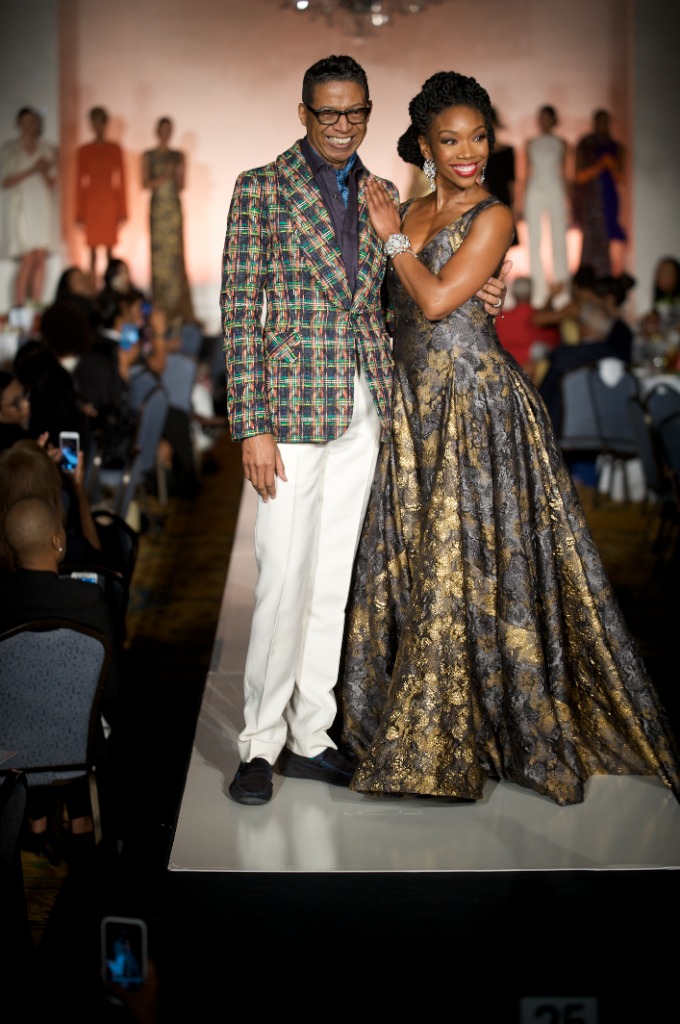 On Thursday, Feb. 4, Macy’s partnered with couture and ready-to-wear designer B Michael to produce the first b Michael America runway fashion show at this year’s NAACP Image Awards luncheon, which honors the nominees of the 47th annual NAACP Image Awards, at the Langham Hotel in Pasadena, CA.

Actress and singer Brandy Norwood, known for her work on “Moesha,” I Still Know What You Did Last Summer, and Cinderella, showed her support, by walking in the fashion show. B Michael previously dressed the star for her media junkets during her run in “Chicago” on Broadway and also collaborated with her costume designer on her new series for BET, “Zoe Ever After.”

Following a panel discussion, the fashion show featureed social dresses from the b Michael America Red collection, available exclusively at select Macy’s stores and on macys.com, and closed with several pieces from his couture collection. “I’m proud to be a part of the NAACP Image Awards luncheon and celebrate the exemplary works by the undeniably talented nominees who work so hard to promote diversity in the arts,” said B Michael. “It’s an honor to dress Brandy again for the fashion show, and I’m grateful to have the continued support of Macy’s, which has been such a valuable partner.”

Known for designing dresses for icons such as Whitney Houston, Lena Horne, Cicely Tyson, and Valerie Simpson, the desinger first launched his ready-to-wear collection b Michael America Red at Macy’s in 2012, in order to reach a broader audience. The easy-to-wear collection, which ranges in price between $225 for dresses to $650 for gowns, offers a contemporary spin on the designer’s signature haute couture style, resulting in a simple yet sophisticated look.

“Macy’s is extremely excited to be a part of the NAACP Image Awards luncheon with B Michael, who is such an inspiring talent and leader in the fashion community,” said Louis Mastrogiacomo, Macy’s executive vice president and general merchandise manager of ready-to-wear. “We look forward to our continued partnership and the success of b Michael America Red at Macy’s.” 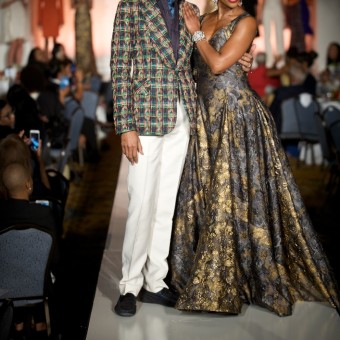 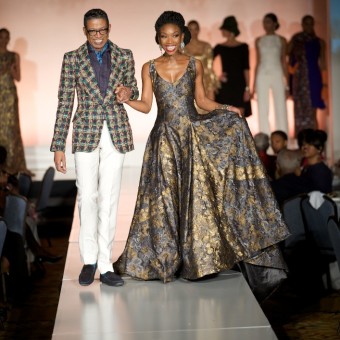 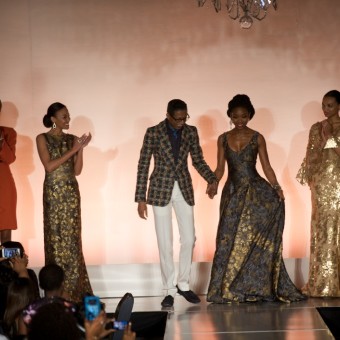