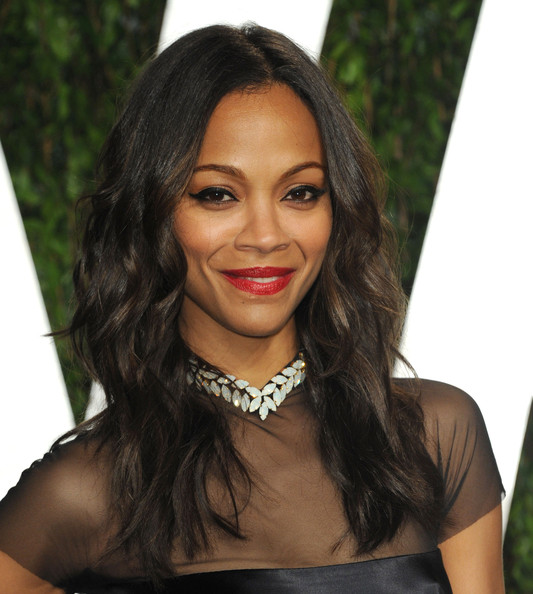 While celebrities like Elton John, Andy Cohen, Ricky Martin, Madonna and Sharon Stone have made the rash decision to boycott Dolce & Gabbana in light of their controversial same-sex parenting comments, actress Zoe Saldana is standing by the company’s founders Domenico Dolce and Stefano Gabban; calling the boycott the “stupidest thing ever.”

When asked if she will boycott the designer duo, Saldana responded.. “No! Not at all, that would be the stupidest thing if it affected my fashion choice.” the A-lister who was attending the 2015 GLAAD Media Awards added, “People are allowed to their own opinion, however, I wouldn’t have chosen to be so public about something that’s such a personal thing. Obviously it caused some sensitivity, but then again if you continue to follow the news, you see they all kinda hugged it out, so why are we making a big deal about it?”

In a recent interview for Panorama magazine, the brains behind the classic line made controversial statements like “we oppose gay adoptions.” Dolce added, “You are born to be a mother and a father. Or at least that’s how it should be. I call children of chemistry, synthetic children. Rented wombs, semen chosen from a catalog.”