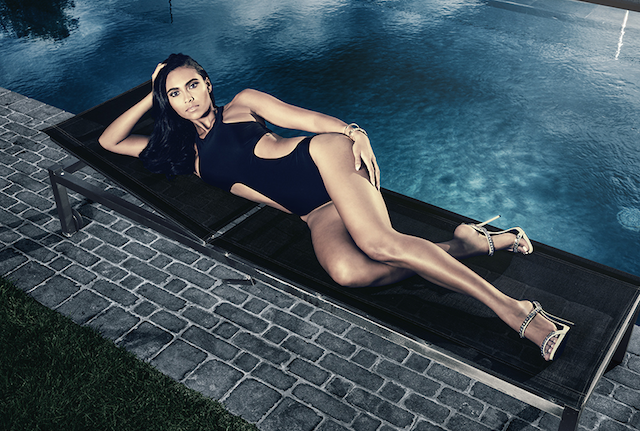 Congrats are in order for the daughter of reality star Evelyn Lozada, Shaniece Hairston.

Earlier this week Hairston announced that she’s signed on to Wilhelmina Models Los Angeles. “I’m so unbelievably excited and proud to announce that I just signed on with Wilhelmina Models,” said the 22-year-old. “I think I’m still in shock. This is an absolute dream come true for me and I am so grateful for this opportunity. I feel truly blessed.”

The Bronx-bred beauty had a 2013 campaign with BCBGeneration and has been featured in a variety of spreads for publications like Latina Magazine, Vibe, Rolling Out and Complex magazine. In addition to lining up more modeling jobs, Hairston will also appear alongside her mother in their OWN TV show “Livin’ Lozada.” The show comes on Saturdays at 9 p.m. ET/PT.

Hairston joins a long list of celebrity kids who model. Kate Moss, Cindy Crawford, Yolanda Foster all have children who are in the industry and are doing quite well. Wilhelmina Models is also home to a good amount of celebrities turned models including Iggy Azalea, Karrueche Tran and Chris Brown.