Candid Caitlyn: Behind the scenes of Jenner’s ‘Vanity Fair’ cover 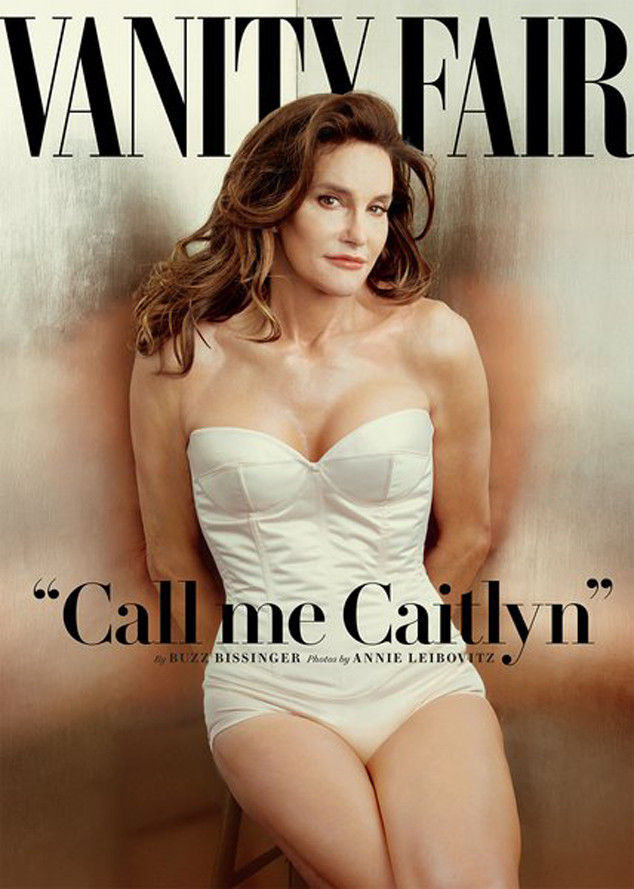 If you haven’t been living under a rock, you may have seen in recent days, that The Olympic gold medalist and reality star formerly known as Bruce Jenner, broke the internet when he made his debut as a woman. “Call Me Caitlyn” read the headline of his July cover released by Vanity Fair on Monday, June 1.

And while the issue doesn’t hit stands until July, we’ve already got a pretty good idea of what we can expect: glam, glam, and more glam! Donned in a nude and ivory “Edy” bustier from Trashy Lingerie, soft tousled curls and a subtle smoky eye and pink lips, Jenner showed off her softer side.

For the deets on Caitlyn’s look, keep scrolling. (With the release of Jenner’s Vanity Fair cover on June 1, Caitlyn has chosen to publicly identify as a woman and Talking Pretty will refer to her using female pronouns. In stories published prior to this date, Caitlyn was referred to as Bruce and male pronouns were used.) 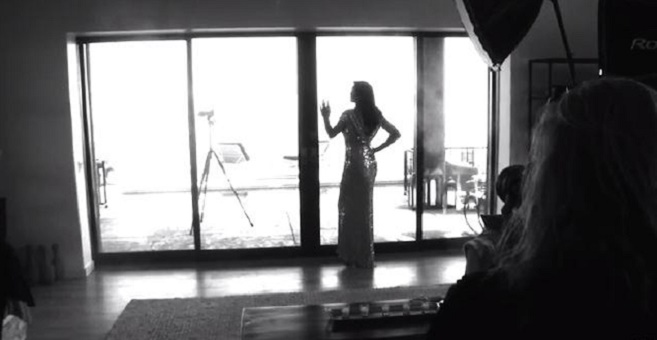 In one shot overlooking her Malibu pool, Caitlyn rocks a glittering gold dress with a low scoop back by Badgley Mischka and jewelry by Norman Silverman. 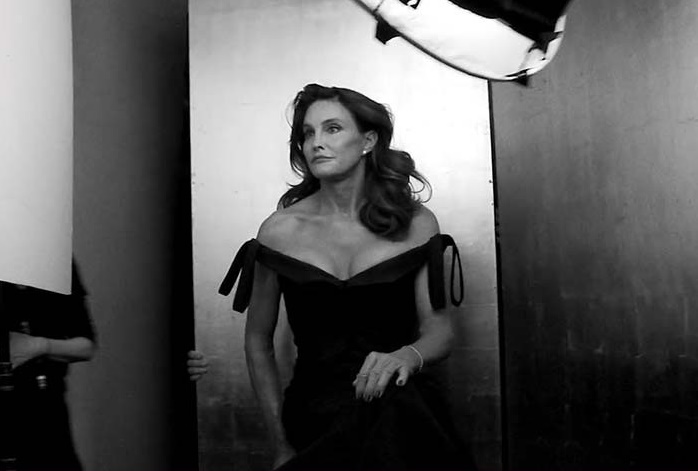 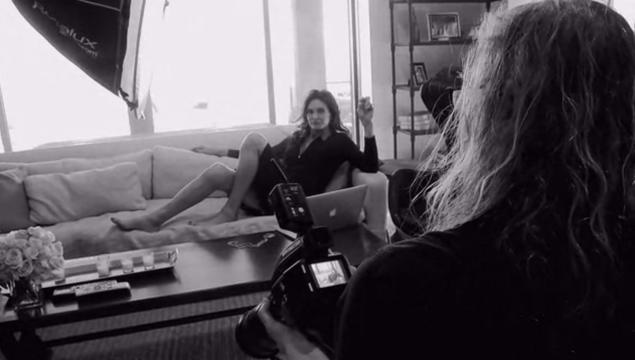 In another shot, Jenner relaxes on a cream-colored couch in a simple a Hervé Leger LBD.

Candid Caitlyn: Behind the scenes of Jenner’s ‘Vanity Fair’ cover