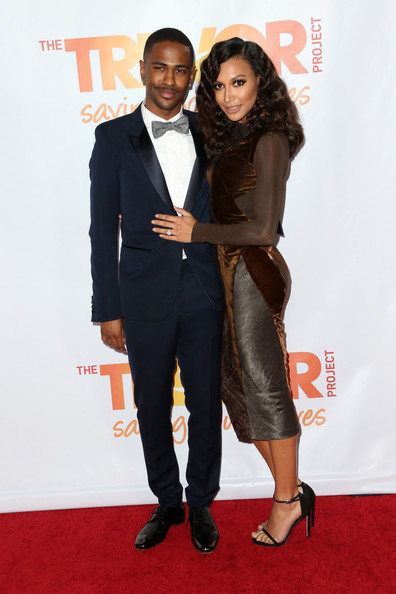 Dancing Queen, Amber Riley and  Naya Rivera hit the red carpet for in support of their fellow cast mate, Jane Lynch who was being honored as a hero by Trevor LIVE at the Hollywood Palladium. Accompanying Rivera was her fiancé, Big Sean. 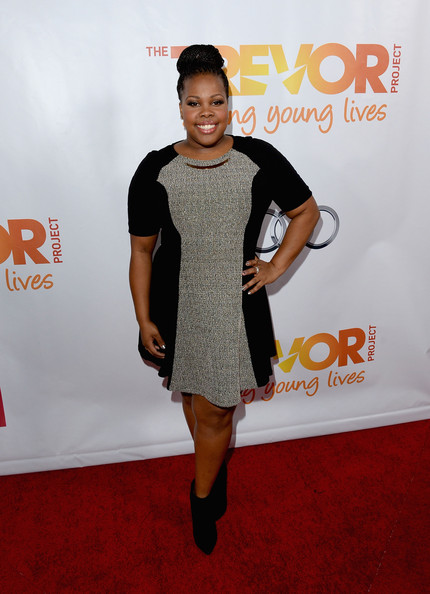 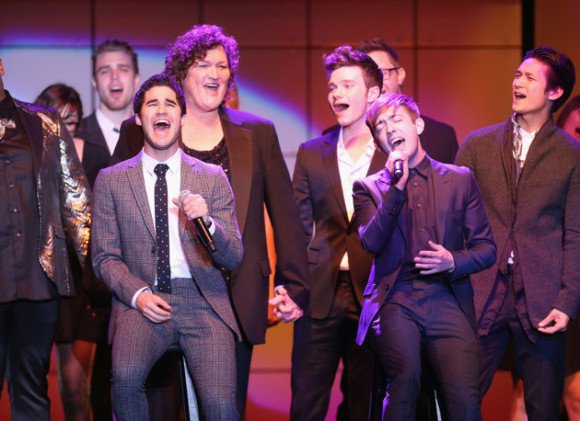 Almost the entire cast of “Glee” came out to show support in the best way they know how, song. In case you were curious Artie (Kevin McHale) can actually walk, though his character on the show is wheelchair bound. 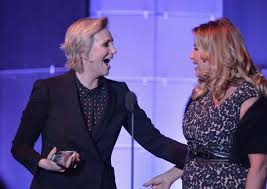 Up For Discussion: Men In Animal Print- Do or Don’t?