Beyonce spotted on the set of her new music video 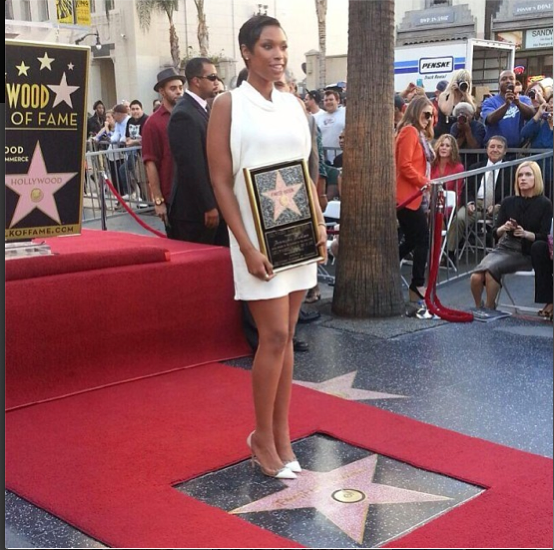 When you think of Hollywood’s creme of the crop, living their life to the fullest, Grammy winner, actress and Weight Watchers spokesperson Jennifer Hudson should come to mind. Hudson, 32, has had an amazing year overall. Just when you thought things couldn’t get any better for the “American Idol” finalist, Hudson receives the highest coveted honor in Hollywood, a star on the Hollywood Walk of Fame.

The Inevitable Defeat of Mister & Pete actress flexed her muscles for the paparazzi on Wednesday, Nov. 13 as she received a star on the Hollywood Walk of Fame during a short ceremony in North Hollywood.

The Hudson was joined by her husband, David Otunga, and their adorable 4-year-old son, David Jr. for the big event. Hudson gushed about receiving one of Hollywood’s top honors on social media: “Just got my star on the #WalkOfFame!! Such an honor. @ Hollywood Walk Of Fame.”

Congrats to Hudson for making history!

Beyonce spotted on the set of her new music video