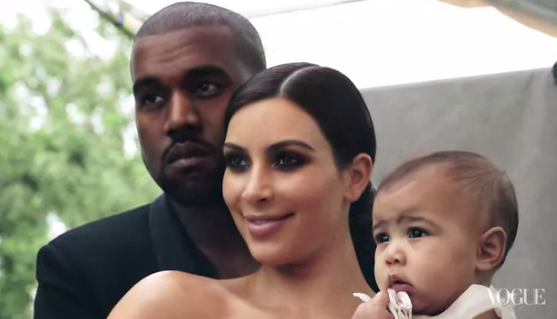 Kim Kardashian and her rapper fiance grace the cover of “Vogue” magazine’s April 2014 issue. The twosome along with little baby North landed the cover and feature story not long ago and seem pretty excited by the honor.

“This is such a dream come true!!! Thank you @VogueMagazine for this cover! O M GGGGGG!!! I can’t even breath!” Kim tweeted while West chimed in himself saying… “#TRILL Thank you @voguemagazine.” 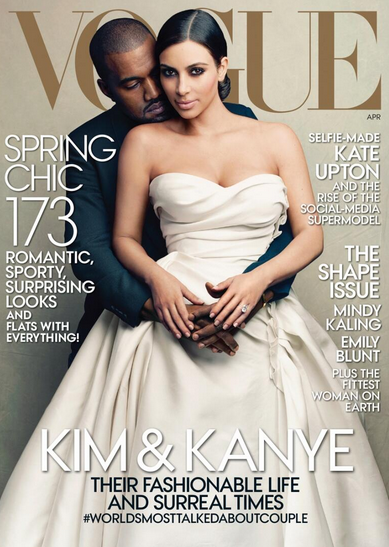 While Kardashians cover feature may be a shock for many as “Vogue‘s” editor, Anna Wintour has publicly announced her distaste for the “Keeping Up With The Kardashians” reality star, the cover is quite stunning.

Even beautiful baby North got in on the action. Check it out…

Kim Kardashian expresses her love for North with jewelry