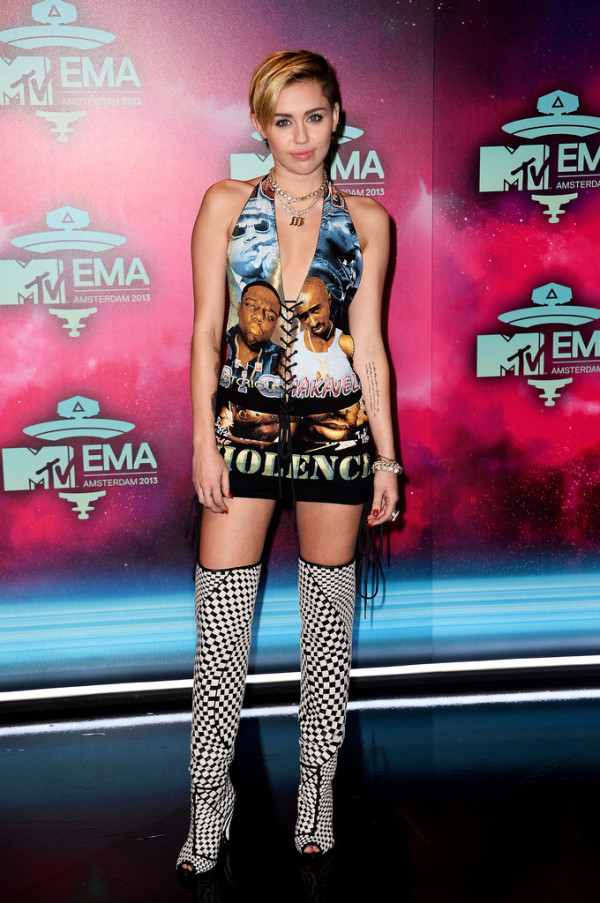 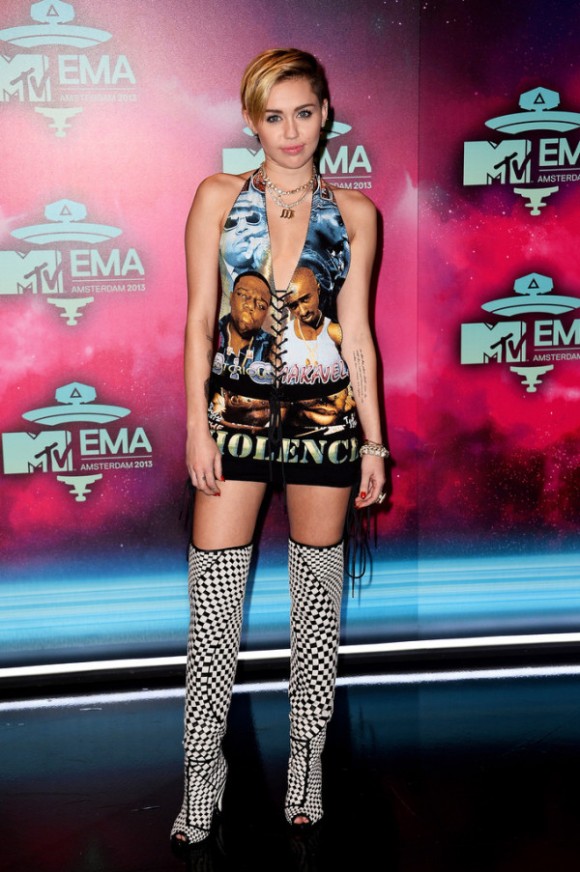 Miley Cyrus, soon to be dethroned princess of country music, seems to be all about the culture of hip-hop. At the 2013 MTV EMA’s Cyrus wore a “dress” made from what looks like concert T-shirts featuring late rappers Biggie and Tupac. For right now she’ll receive a silent side-eye. 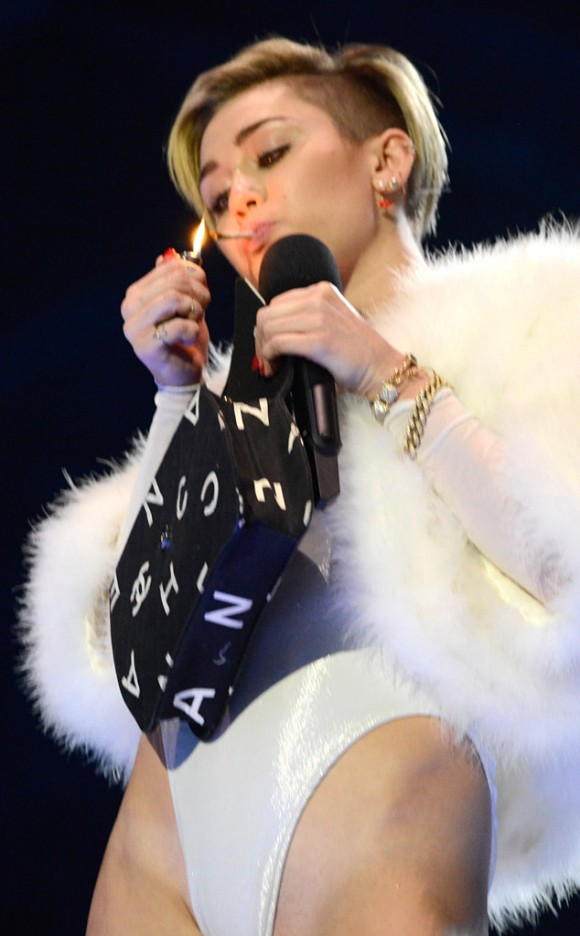 While Miley is twerking herself off a fashion cliff, she is also lighting … something on stage. When presented with the Best Video for “Wrecking Ball” the singer said

“I don’t think I’m going to be able to fit that in my purse so I’ll put it right here for now,” Miley said, before playing the award near her feet. “I couldn’t fit this award in my bag but I did find this,” she said, before pulling out the supposed joint in question.