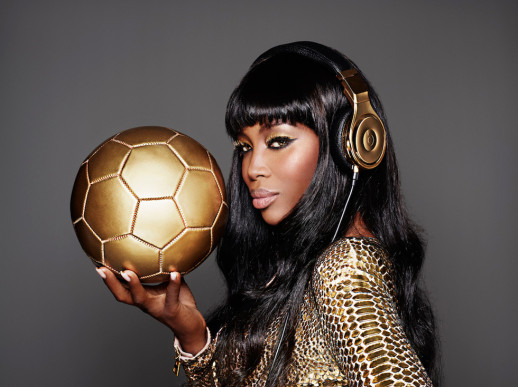 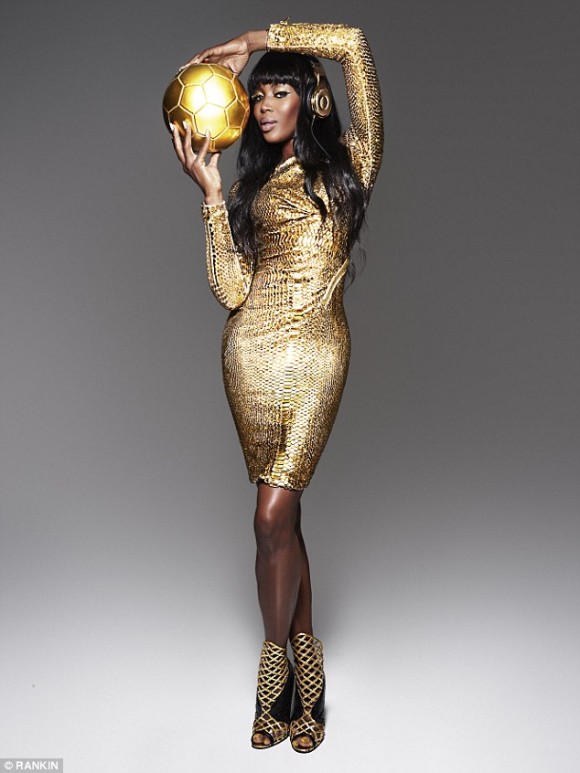 It was all gold everything for supermodel Naomi Campbell who is part of a project entitled “Golden” by famed photographer Rankin.  Campbell became Rankin’s “celebratory human statue” wearing the 24 kt. Gold Beats by Dre, a Tom Ford dress and Christian Louboutin heels. Rankin was commissioned by Beats by Dre.

Campbell commented on her experience during the shoot “Working on the ‘Golden’ project with Beats by Dre was so much fun.The shoot was loud and energetic… I even got to practice my football skills!”

Campbell even recorded a special message for the team. Check it out below!

The German team  beat Argentina at the Maracanã Stadium in Rio de Janeiro, Brazil, on Sunday.

Tags
all gold everythang Beats by Dre German soccer team Naomi Campbell you could never be me
admin July 15, 2014
Celebrity