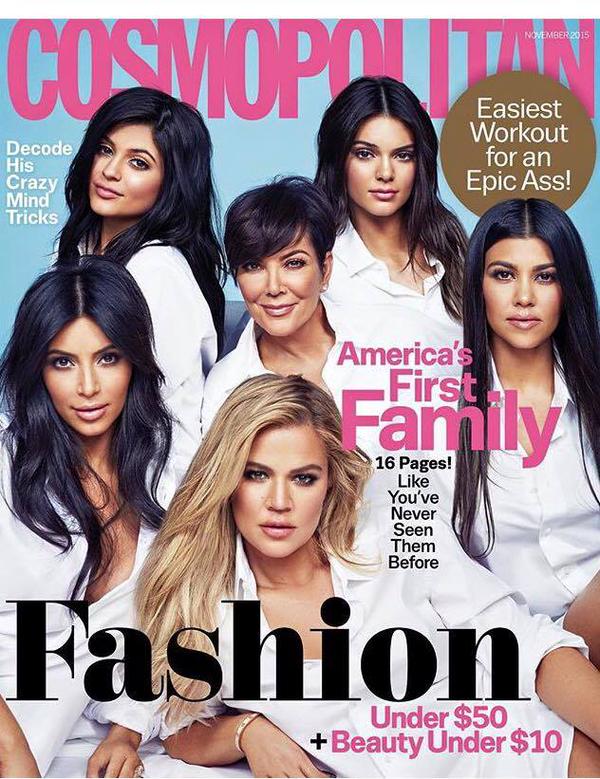 Now this is entertaining.

Instead, the mag best known for sex-quizzes and photo-shopped celebs, gave the honor to none other than the Kardashian klan. Sure, if the Kardashian-Jenner crew were to nab any cover, Cosmo seems fitting; after all, we’re sure they could’ve penned a pretty eye opening feature titled “How to nab and keep a baller, rapper, etc, etc.”

But the mag got it all wrong — our nation already has a “first family.” As expected, Black Twitter was quick to clap back, reminding Cosmo that “America’s first family” is Black and they’re not reality stars — they’re the real deal.

No @Cosmopolitan. America already got a First Family & they black. And none of their “blackness” is bought. Bye https://t.co/kwlxerERu1

.@Cosmopolitan This the First Family. (And if talking entertainment, in the last *century* that’d be the Jacksons.) pic.twitter.com/oDpc1kJPBM

The only First Family we acknowledge @Cosmopolitan. Y’all tried it. pic.twitter.com/2FuEJUcKBZ

“America’s First Family?” @Cosmopolitan MORE than tried it. They cannot be serious. pic.twitter.com/mhzsPGzHV9