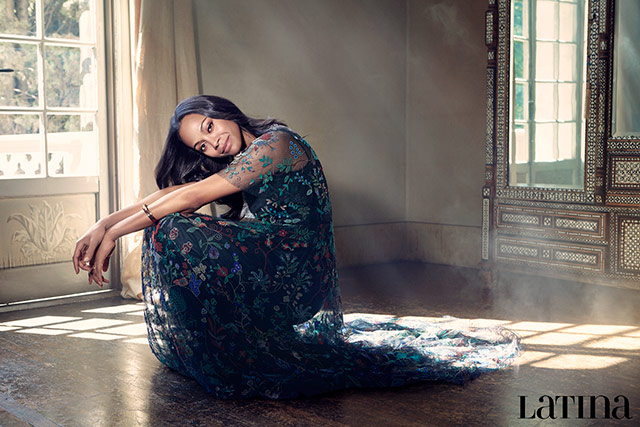 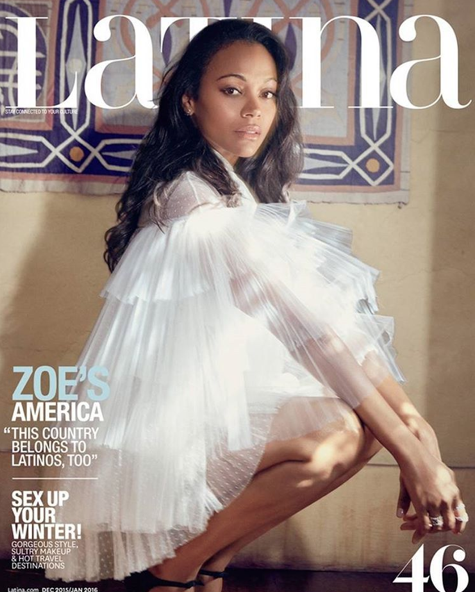 In the pages of the mag, the mother of two spoke candidly about “Nina,” the long-delayed Nina Simone biopic, which will finally be released next month.

“As a woman, it wasn’t difficult to empathize with another woman. But I needed to be very isolated,” she told the magazine. “I moved out of my house for three months. I wasn’t really talking to anybody that I knew. I just needed to be all things Nina. It was so intense, and everything happened really fast.” said the film’s lead.

Since the 2012 announcement of the film’s development, the project has faced quite a few setbacks and backlash, ranging from lawsuits to criticism over Saldana’s casting. Saldana who has previously responded to critics; also opened about the film’s “mismanagement.”

“The people behind the project weren’t my cup of tea,” she said. “The director was fine, but there was a lot of mismanagement, which is why we’re still here three years later. And I’m still trying to fight with everybody to get the movie finished. Nina deserves better.” And we couldn’t agree more! Do it right or not at all. To read more of Saldana’s Latina magazine interview, click here.