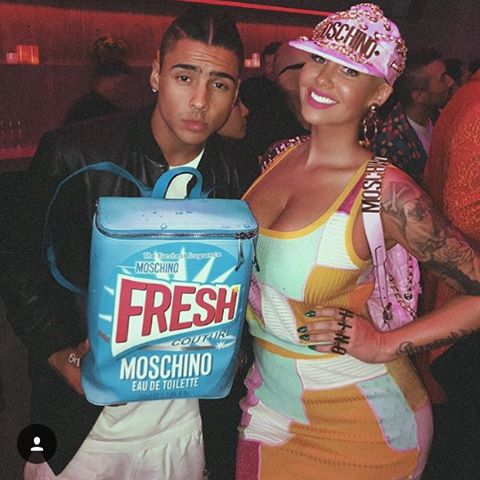 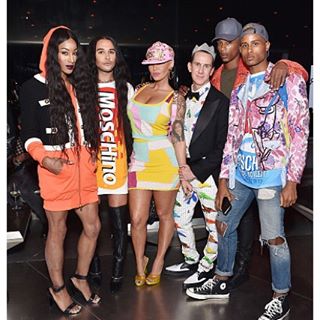 Amber Rose makes every effort to stand out from the crowd when she attended the Jeremy Scott for Longchamp 10th Anniversary party in Beverly Hills on Thursday night.

The 32-year-old reality star opted for a skimpy ensemble that was bold in more ways than one, covered in an array of eye-popping colored patches in vivid yellows to sparkling pinks. The former video vixen elongated her slender gams with a pair of neon perspex stilettos, perfectly complimenting her bold choice of outfit.

Rose completed the look with gaudy knuckle rings, a pink sparkly backpack and an equally flashy baseball cap, all by Moschino. She was later joined by her pal and singer Quincy, who is the adopted son of rapper P Diddy. Check out images of Rose and friends from the event below. Love it or hate it? Sound off in the comment section below.