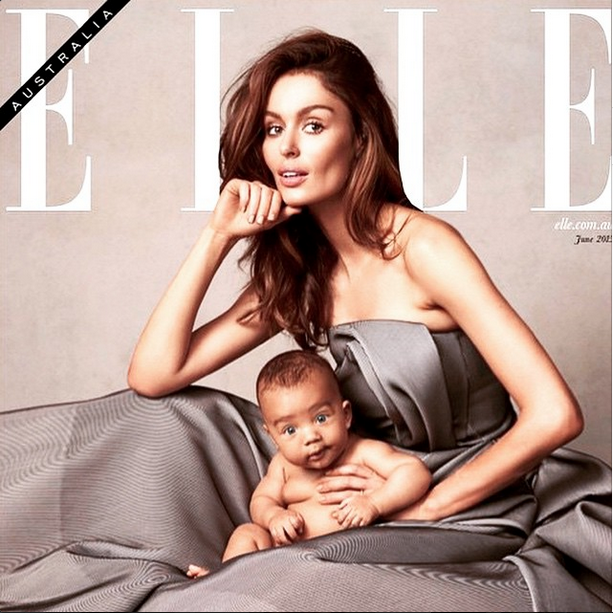 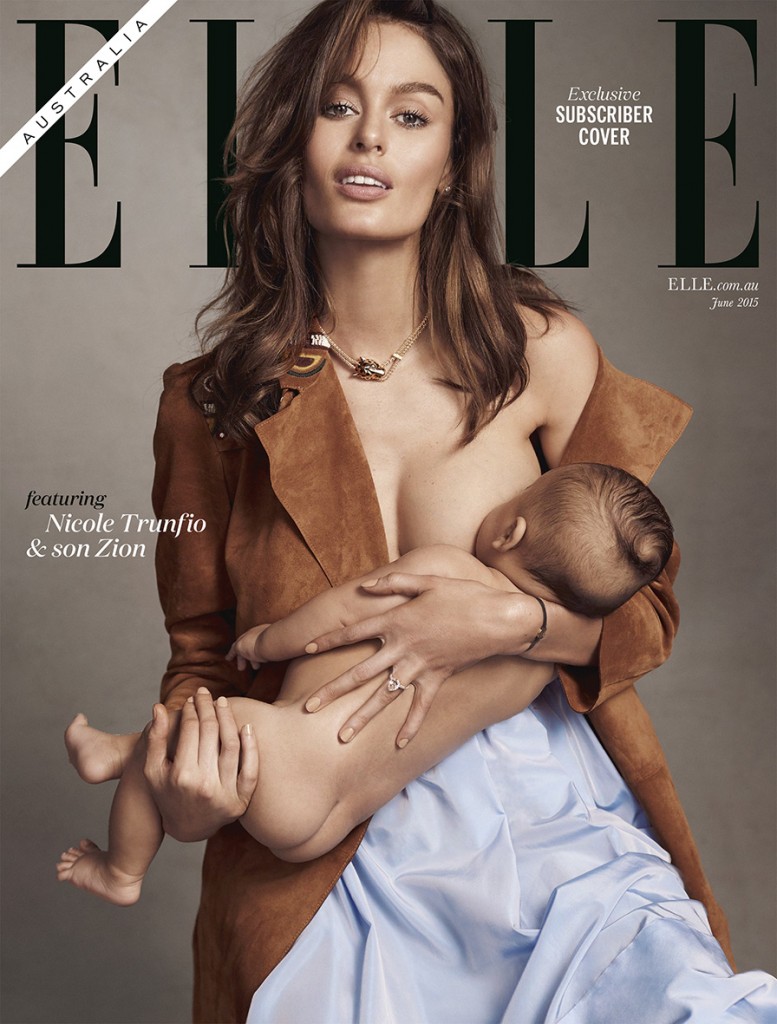 Australian supermodel and new mom Nicole Trunfio shocked fans when she appeared on the cover of ELLE Australia while breastfeeding her newborn son Zion.

“This wasn’t a contrived situation: Zion needed a feed, Nicole gave it to him, and when we saw how beautiful they looked we simply moved her onto the set,” ELLE’s editor-in-chief Justine Cullen says. “It was a completely natural moment that resulted in a powerful picture.” She continued.

Donning a brown suede coat and a pale blue skirt, Triunfo popped a sly smile and picture perfect pose ,while her bare son, Zion casually took in a meal. Although the cover has received a bit of backlash since it’s May debut, we’d have to admit that we love it!

Rihanna turns up the heat with flame-red hair

Teyana Taylor returns to her roots for ‘Elle’