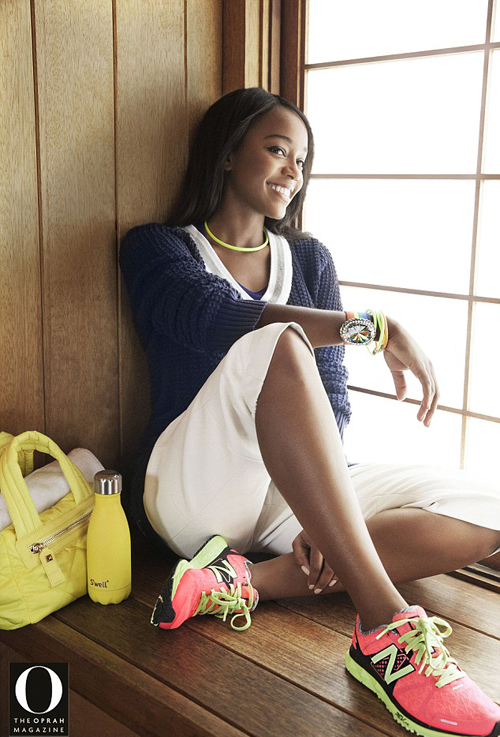 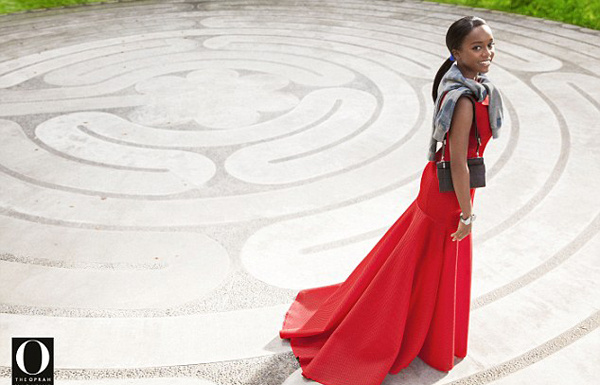 “How to Get Away with Murder” star Aja King poses for the February 2015 issue of O Magazine.

Prior to her photo spread, the 30-year-old beauty opened up with the New York Times about discovering her true love for the theater saying…

“By high school, I was telling everyone, ‘Oh, I’m going to be a doctor when I grow up,’ because my dad was always saying to me, ‘Pick a career path where you’re always going to be necessary’,” King told The New York Times.

“But by junior year, I was president of choir, I was the lead in the school play, and I just loved being onstage performing. I literally had a breakdown because I’m not big on denying myself the things that I want, and I knew I was going to do it anyway. So it was coming to terms with the fact that my life was never going to be stable. I’d never know where the next job was coming,” King continued.

Check out a few snaps from King’s O Magazine spread below. Do you love it?!