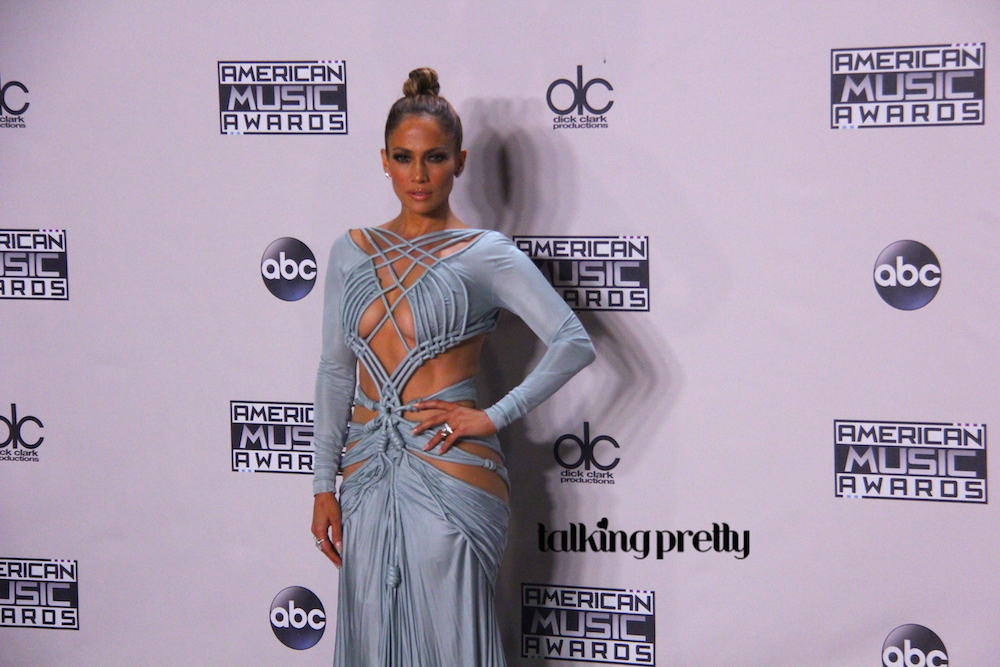 Jennifer Lopez wanted the entertainment world to know that age is only a variable of time. While serving as host of the American Music Awards, the 46-year-old singer was one of the sexiest celebrities in attendance and proved that she can still dance with the best of them.

Lopez opened the show by dancing to a medley of hits from 2015. Some the songs she danced to included Bruno Mars’ “Uptown Funk,” Drake’s “Hotline Bling,” and Beyoncé and Nicki Minaj’s “Feel Myself.”

Beyond her dance routines, Lopez wore several revealing outfits that displayed her tight abs and voluptuous figure. Her ex-boyfriend Diddy even gave her a flirtatious shout-out while presenting an award during the show.

Lopez says that she has maintained her figure through exercise and taking in less than 1,400 calories per day, according to  People.

Talking Pretty was on hand as Lopez hosted the AMAs. – A.R. Shaw