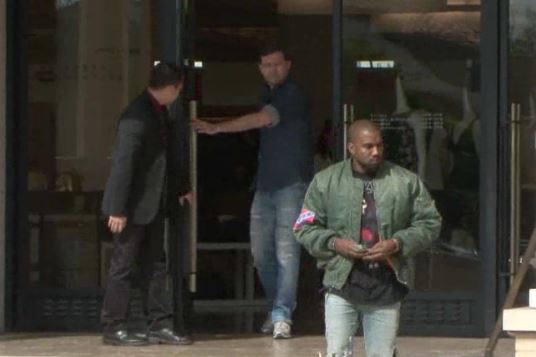 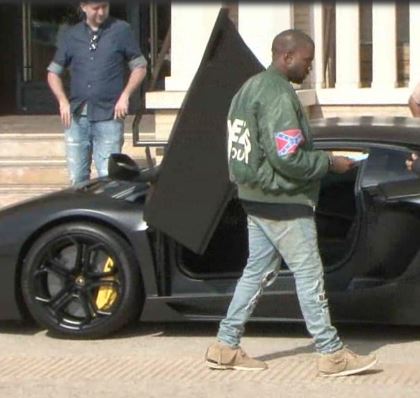 Photos have been released of rapper  “god” Kanye West leaving a Barneys department store. On a normal day shopping at a department store would seem normal enough, but West is sporting a coat with a confederate flag on the sleeve. The high end retailer is currently in hot water for discriminatory practices against African Americans.

Jay Z has also come under fire for continuing to launch his line in Barneys a deal which the  rapper has stated he is not backing down from.

West appears not to have purchased any items from the store, so it is possible that unlike his buddy Jay Z, West is making a statement. As of late West has displayed some questionable behavior and this seems to fall in line with his eyebrow raising stunts.