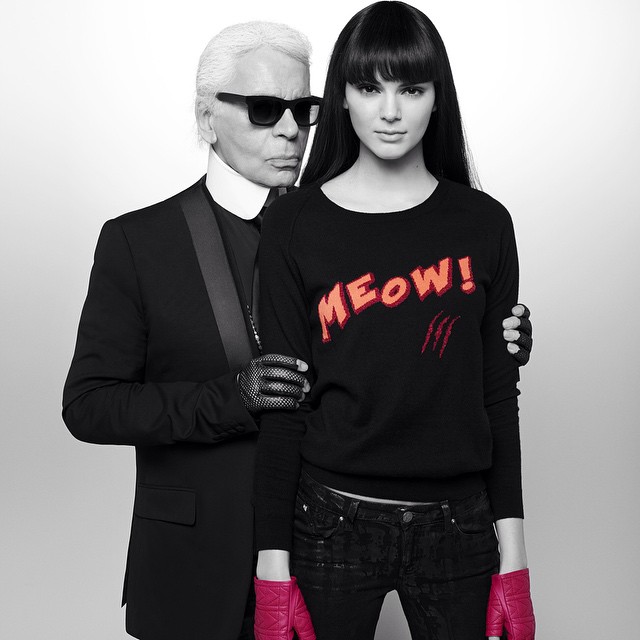 Designer and legend Karl Lagerfeld is preparing his second clothing line in a joint venture with G-III Apparel Group Ltd. in an effort to launch the brand in the North American market.

“We believe there’s an opportunity for another power brand today, and I can’t think of a better vehicle to fill that void than Karl Lagerfeld,” Morris Goldfarb, chairman, president and CEO of G-III said. The Canadian design-and-manufacturing company recently helped push Calvin Klein past $1 billion in wholesale, and it appears that Lagerfeld is looking to cash in himself.

Although G-III will be able to capitalize on the German designer’s fame, buoyed by his work for Chanel and Fendi over the past three decades, and tap into public curiosity about his signature label, it’s limited to consumer products and clothing in the U.S., Canada and Mexico. The agreement does not include a handful of products and services including eye wear, fragrances, cosmetics, watches, jewelry or hospitality services, all which remain exclusively under Karl Lagerfeld’s Group BV.

“I don’t think there’s any preconceived notion of what the style should be,” Goldfarb said, explaining that the plan is to “translate his iconic DNA into product that is commercially viable in the United States.”

Complete assortments are looking to be unveiled to retailers sometime this November, as G-III is targeting between 250 and 350 doors for the upcoming fall 2016 season.

The New York based company, which has a 49 percent stake in the joint venture, has received a five-year license for women’s clothing, handbags and men’s outwear. But that’s not it, G-III’s license carries two renewals of five years each with room to partner with other companies for additional product categories over time. Now that’s a good look!