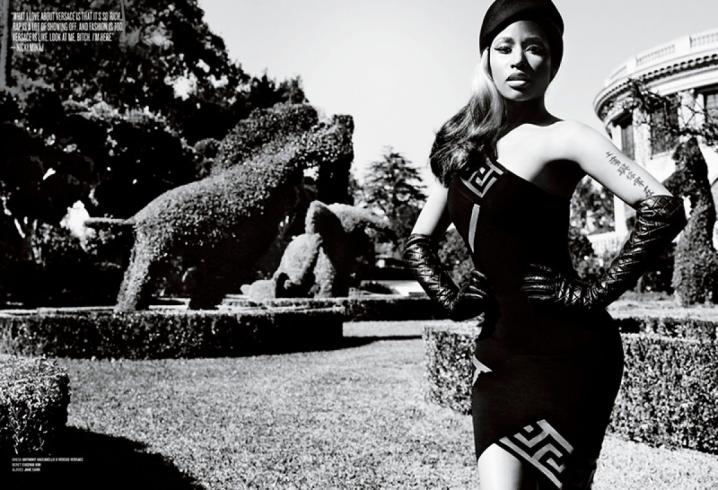 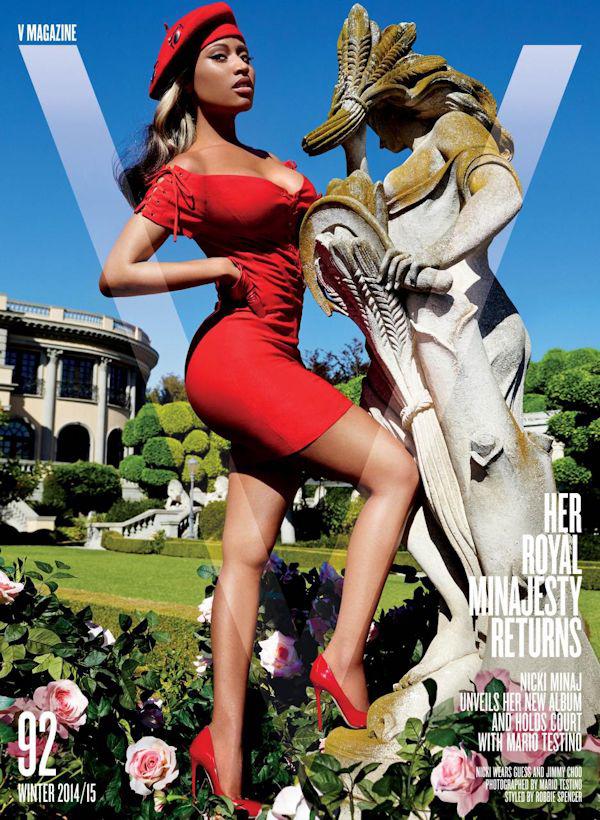 Young Money’s first lady Nicki Minaj slays in berets and a bunch of tiny hats in the latest edition of V magazine. In the fashion mag, rap music’s resident Barbie gushes about her “Royal Minajesty,” empowering women and so much more.

On criticism for her Anaconda cover:
“You’re talking about newspeople who don’t even know anything about hip-hop culture. It’s so disrespectful for them to even comment on something they have no idea about. They don’t say anything when they’re watching the Victoria’s Secret show and seeing boobs and thongs all day. Why? Shame on them. Shame on them for commenting on Anaconda and not commenting on the rest of the oversexualized business we’re a part of.”

On empowering women:
“I always feel it’s important for me to show females that they can be in charge of their own situation. I came into the game creating my own brand. I was doing things very early on that set me apart from people who just took orders and allowed their brand to be created for them. I love women who take control, who set standards, and who believe in themselves enough to lead the way in terms of their career. I’ve done that. When I win and when I lose.”

Check out the gallery below for more images captured by Mario Testino for V magazine below. Do you love it?!

Rihanna gets wet and wild for ‘Esquire’