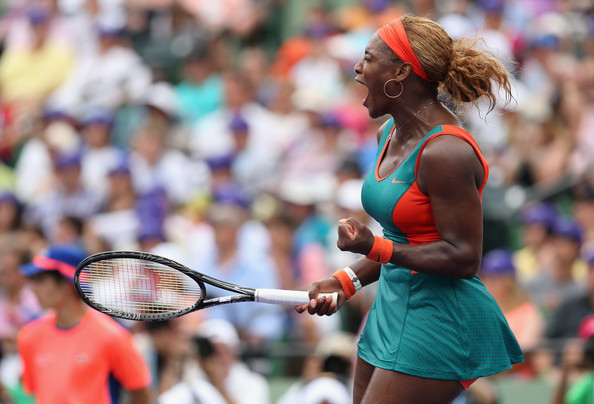 Labeled “Queen Serena” by the fashion publisher, Williams has captured her second Vogue cover, the first being her appearance alongside Ryan Lochte and Hope Solo in the 2012 issue ahead of the London Summer Olympics:

Despite pulling out of the Indian Wells, the 33-year-old appears set to defend her title in the Miami Open; which kicks off Tuesday, after consecutive victories in 2013 and 2014.