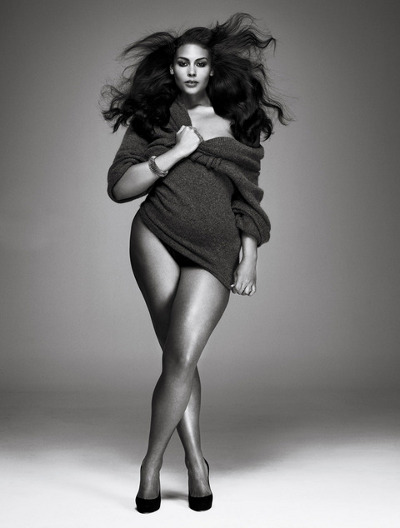 Amani Terrell is sick of Hollywood’s idealistic perceptions of what a “perfect” woman looks like. At 260 lbs. Terrell is far from what Hollywood would consider perfect but she doesn’t agree with them. Instead of venting on twitter or complaining about it, Terrell took to the streets to send the world a message of self love. In the video Terrell admits to that she needs to lose weight but that doesn’t mean that she doesn’t feel beautiful in the skin she’s in.

Terrell took to one of the busiest and famous streets, Hollywood Blvd. and piece by piece stripped down to a bikini. As she made her way up and down the street she was greeted by many supporters but she also faced a few hecklers who called her some pretty cruel names. her response “That was very unkind but that’s cool because I love myself.”
You can follow Amani’s Twitter account at @FATINLOSANGELES.

Has photoshop gone too far?

‘The Real’ co-host Loni Love gets real about body image

Zara Doesn’t Care About Your Womanly Curves or Insecurities