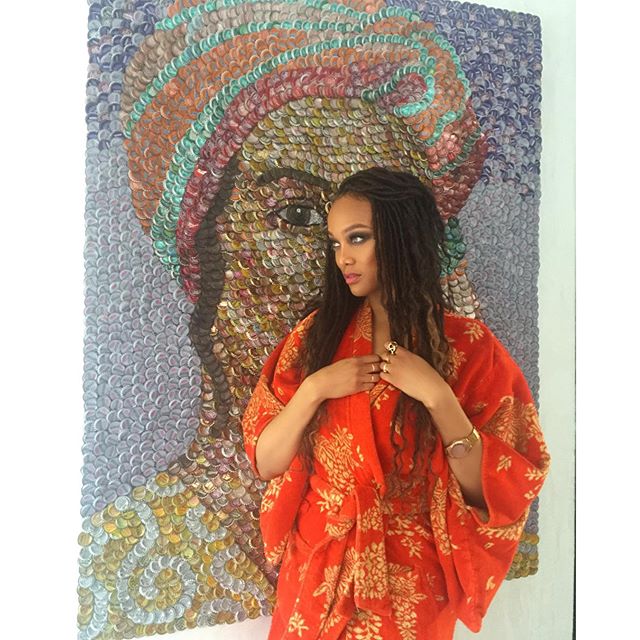 Spring is in the air and former supermodel Tyra Banks has debuted a sexy new look!

“Something new #locks #locs,” she wrote vis Instagram, alongside a snap featuring a glimpse of her new do’. “My love for you in on #lock(s),” she captioned an additonal snapped shared via Twitter on March 19.

My love for you in on #lock(s) pic.twitter.com/V3S2VOpF4P

Later on, Banks, 42, walked the Simply Stylist L.A. Conference red carpet where she chopped it up about how motherhood has affected her personal style.m“It hasn’t really changed that much,” Banks, who welcomed a son in January, told US Weekly. “My views are really tight.”

One belief she’s holding onto is the right to color, contour and everything else in between.

“I feel like natural beauty is unfair and makeup is the beauty equalizer,” Banks, who just launched her Tyra Beauty line, continued. “If you weren’t born with full lips, or a certain eye shade, or a certain cheekbone…you get it from a bottle, or a stick, or a brush or something. That’s my philosophy.”

As previously reported, Banks who revealed a very public fertility struggle earlier this year, announced the birth of her son, York, with her boyfriend, Norwegian photographer Erik Asla, on January 27. The couple opted to use a surrogate and acknowledged “everyone who struggles to reach this joyous milestone” in an Instagram post that same day.

What are your thoughts on the former “Americas Next Top Model” creator’s new look? Let us know your thoughts in the comment section below.